Is Facebook ready to launch their official iPad app 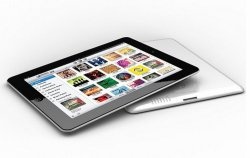 Over a year after the launch of the iPad the device still notably lacks a native Facebook app.
Sources are reporting today, however, that the social networking giant may be prepared to launch the app in the "coming weeks."

The same sources say Facebook has been developing the app for a year now and will perfectly compliment the iPad's larger touch screen interface and UI.

It appears the app will have tablet-optimized versions of Facebook Chat and Groups, and direct integration of the tablet's cameras. The video and camera apps are allegedly "amazing, offering full resolution and full-screen images."