Residents of Tripoli get Internet back, momentarily 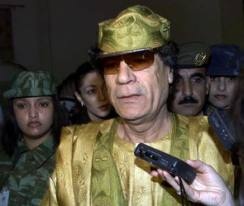 After months of downtime, local Internet access in Tripoli, Libya was restored momentarily on Saturday night.
The Web is said to be down again in the capital city, as of today.

DSL-based Internet has been blocked since the spring, when rebels began an attack to remove leader Muammar Gaddafi.

Service was restored suddenly in Tripoli, flickered on and off for a couple of hours, and then died, with the majority of the country's international BGP (Border Gateway Protocol) routes withdrawn from service for good measure