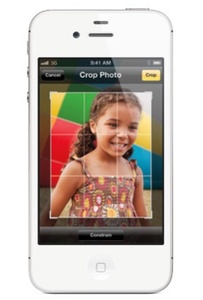 Loyalty highest among iPhone owners, research firm finds.
Gfk published the findings of a poll it conducted among smartphone owners in several countries. It found that 84 percent of iPhone owners would choose to eventually replace the handset with another, upgraded iPhone. That compares to 60 percent of consumers who have smartphones that run Android who said they'd stick to the same operating system.

Research in Motion (RiM) didn't fare too well with only 48 percent of respondents admitting they'd stay loyal to Blackberry's. Sales of smartphones continues to grow, though at a slower pace. Still, sales rose 49 percent last quarter compared to the same period of 2010.

"Apple is clearly ahead of the game, but developments next year will challenge that," Ryan Garner, analyst at GfK, said. Building market position now is important for players in the smartphone business, as consumers tend to have a high rate of loyalty toward a brand of mobile phone.

Within the next year, the growth of Android is expected to continue and Microsoft will push harder to capture market share from competitors.
Tweet
Tags: Apple iPhone
<Appeals judge questions Galaxy Tab 10.1 ban in Australia >British dislike mobile phone ownership among kids
Previous Next

Apple has fanbois? NO WAY!

You're only as good as your as "F"-up too... which they may or may-not be aware of. Certainly folks within their business affairs are, I'm sure, but you do get some flighty wonders or bats floating around in there.

Facts are, you'll get brand loyalty no matter what. Even if CrApple pulls a blunder (which they have a couple of time, just not huge ones), it's human nature or that biblical 'dog vomit' thing that keeps them coming back.

Originally posted by dEwMe: Apple has fanbois? NO WAY!


Simply preferring something isn't being a 'fanboy'...and someone incessantly slamming things because they prefer something else is the same immature mentality as actual 'fanboyism.'
Comments have been disabled for this article.