Apple TV is becoming the top product in a weak market 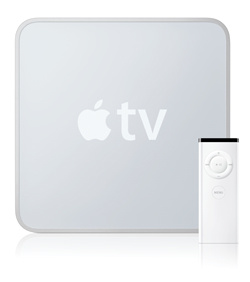 Apple TV may be the most unusual product Apple has produced since Steve Jobs returned to the company in the 1990s. Not unusual as a product, but more in the company's approach to it.
To put it simply, Apple can't seem to figure out how to boost sales to the level of their other products, but they apparently don't want to get rid of it either.

It's not that Apple TV doesn't do well in the market. Market researchers at Strategy Analytics predict Apple's set-top box will be the top selling Internet set-top box this year according to CNET. They say it will account for nearly a third of the market.

That's impressive considering the lead other companies, most notably Roku, had in the market. What's not so impressive is the number of units in question - around 4 million. Many companies would be happy with those numbers. Those companies are not Apple.

Presumably what keeps the Apple TV box around is the assumption many people have that video will ultimately be just another data service. If you buy into that, it's only logical that Apple needs to have a way to leverage that market.

Which may be where their rumored plans to produce a TV next year fit in. Rather than trying to sell consumers another box to plug in to their TV, Apple may prefer to sell them an actual TV to do the same job.

This is unlikely to be the end of their set-top box. While a TV with the same features built in is certainly preferable from a consumer point of view, it seems unlikely Apple would be content to only offer services to people who buy their TVs.

Keep in mind, Apple is still first and foremost a hardware company, and the prefer to charge a premium price for that hardware. According to at least on analyst, when they do release a TV it will be priced significantly higher than competing models from other companies.

But for now, despite Steve Jobs proclamation to the contrary when the latest model was launched last year, Apple TV remains little more than a hobby for the company.
Tweet
Tags: Apple TV Set-Top Box
<Malicious cloned games dumped from Android Market >Most smartphone owners use their phones for shopping
Previous Next