Recent headlines | Google, Spotify and many other major websites are all down across the globe 3
AfterDawn > News > Raspberry Pi to go on sale by end of month

Raspberry Pi to go on sale by end of month 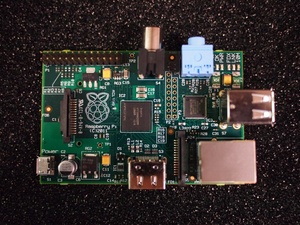 Originally expected to be released in January, the $35 Raspberry Pi will be available by the end of the month, says the group working on it.
The Raspberry Pi is a mini-computer created by UK programmers. What makes the computer so impressive (besides its price tag) is the fact that it can play 1080p HD video with no issues. The devices are intended to promote the teaching of basic computer science in schools or at home. The company is looking to promote the Python programming language, alongside Basic and C among others.

The initial production run is just 10,000 units, with manufacturing finishing on February 20th.

That is sick, I want one.

I hope they have a contingency plan in case they run out....

yea I signed up to notified when it goes on sale, but I bet with only 10k units im gonna miss out on first run.

Originally posted by ivymike: I hope they have a contingency plan in case they run out....

yep make more in a few months and till then let the profiteer ebay whores gouge the hell out of people..

A mini computer? and the monitor out?