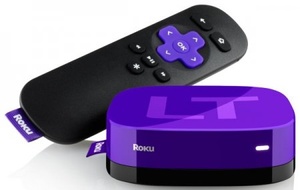 Just a week after expanding from the U.S. to Europe, Roku has announced it has added the BBC iPlayer to its set-top box content offerings.
Roku boxes are only available in the UK and Ireland, for the time being, and only two of the most recent models are available, the Roku LT and Roku 2 XS. The devices sell for GBP 49.99 and GBP 99.99.

For their European offerings, Roku has 40 channels including Netflix, Crackle, MLB.TV, UFC, Angry Birds and more. The iPlayer will give BBC users a chance to watch on-demand back catalogs of popular shows like Doctor Who.

Says the company (via TNW): "Roku recognizes the importance of region-specific programmes so today we are excited to announce the addition of BBC iPlayer to our platform. This is among the first of many significant content partnerships for Roku in Europe and we look forward to making additional announcements in the coming weeks."
Tweet
Tags: Roku BBC iPlayer UK Set-Top Box Doctor Who
<Xbox 360 has another big month >Galaxy S II, Note getting ICS on March 1st?
Previous Next
Comments have been disabled for this article.