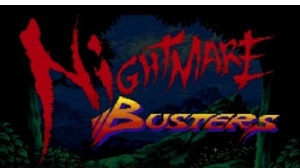 The studio Super Fighter Team has confirmed today that it is working on a brand new SNES (Super Nintendo) game for release in 2013.
Super Fighter Team will be the first developer to make a game for the system since 1998's release of "Frogger." The new game is called Nightmare Busters, and it has been around on mobile devices.

The studio says the game is a "masterful run and gun game for the Super Nintendo and all compatible gaming systems." They will be putting the first 600 copies up for pre-order later in the year.

If you order the game, you will receive "One copy of the Nightmare Busters game for the SNES, compatible with PAL and NTSC regions. The game also includes an instruction manual and one full colour cardstock box to store the game and manual," says Verge.

Super Fighter Team is also looking to break the bank, as the game will cost $60 + $8 for shipping to the U.S. or $75 shipped to anywhere else.
Tweet
Tags: SNES Nightmare Busters Super Fighter Team
<Download the Windows 8 Consumer Preview >Every South Korean gets free Wi-Fi
Previous Next

that price is crazy. i seriously doubt the mobile version cost that much.

I'm a sucker for nostalgia and all but I don't care what anybody says about this game........I ain't payin' no 68 bucks for a game system that came out 20+ years ago. Sheeez......don't even know if my SNES still works.