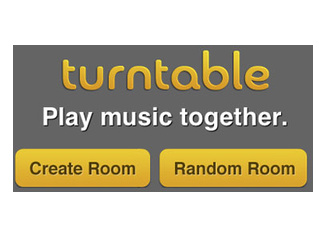 According to a Cnet report, the popular DJ-ing startup Turntable.fm has signed a licensing agreement with EMI and may be on the verge of signing deals with the other majors, as well.
Turntable exploded last year in popularity as it allows users to share music and become DJs in virtual rooms with friends or strangers who vote to keep you as DJ or boot you if they do not like the music.

The deal with EMI is a "recorded-music deal" and the site is close to agreements with Sony and UMG. Warner Music., always the laggard in licensing deals, is still in talks with the service.

Last year, Turntable signed an agreement with the American Society of Composers, Authors, and Publishers, the group that collects royalties for song writers and then began to negotiate with the Big 4.
Tweet
Tags: EMI Online Music Turntable.fm big 4
<Sony VP: We messed up with PlayStation Move >Apple to create new jobs with new campus in Texas
Previous Next Write a comment
Comments have been disabled for this article.