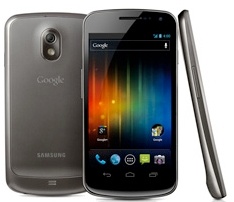 The Samsung Galaxy Nexus is now available to Sprint users.
Like its CDMA counterpart on Verizon, the flagship Android 4.0 phone will have LTE support but unlike the Verizon version, the Sprint model will give access to Google Wallet, an NFC app which turns the phone into a virtual wallet.

The device will sell for $200 with contract, and is available now.

One catch with the phone being LTE, however, is that Sprint does not actually have an LTE network yet. The company is transitioning from WiMax to LTE and the network will only be available in 10 cities over the summer before rolling out more widespread in 2013.

In terms of Google Wallet, the mobile payment system is fully supported and Google will even give you $50 for activating within a week of buying the phone.
Tweet
Tags: Sprint Smartphone Carrier Google Wallet Galaxy Nexus
<350,000 infected PCs to lose Internet access in July >Samsung subtly calls Apple fans 'sheep'
Previous Next

what the hell is wrong with you sprint? you rolling out the phone and there is not even enough LTE? wth!

Being nice always has its own consequences
223.4.2012 14:31
klassic
Send private message to this user
Member

Originally posted by Hyasuma: what the hell is wrong with you sprint? you rolling out the phone and there is not even enough LTE? wth!

And if they started up the network first you would be crying that there aren't any phones.

I wanna devise a virus and bring dire straights to your environments. Crush your corporations with a mild touch, trash the whole computer systems and revert you to papyrus - Deltron 3030
Comments have been disabled for this article.