Recent headlines | Google, Spotify and many other major websites are all down across the globe 5
AfterDawn > News > There are 3997 unique Android devices out there

There are 3997 unique Android devices out there 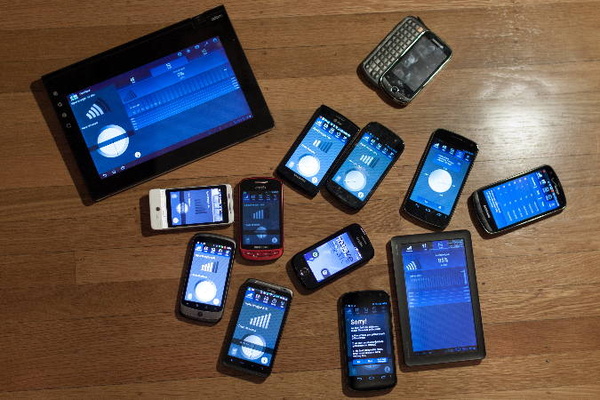 The founders of OpenSignalMaps have collected data from 681,900 devices and come up with some interesting Android news.
The group saw 3997 unique devices, a number that is inflated due to the usage of custom ROMs. Custom ROMs, which are installed after a user roots his phone or tablet, overwrites the android.build.MODEL variable.

In total, 1363 devices appear only once, meaning those users were running custom ROMs, each of which were tweaked even more than the standard downloads from groups like CyanogenMod.

Samsung was the most popular Android brand, followed by HTC. Gingerbread 2.3 remained the most used version of the OS, with the new 4.0 Ice Cream Sandwich taking just 8.5 percent share.

Says the report: "We've collected signal data from 195 countries - the variety of Android devices and manufacturers has been crucial in allowing the OS to reach so many markets. For example the 5 countries where OSM gets most use are: US, Brazil, China, Russia, Mexico. From what we're seeing the developing world is no longer developing but leading Europe."

For more information and some fantastic charts and infographics, please check the source here: Android Fragmentation Visualized
Tweet
Tags: Android Fragmentation devices
<Facebook co-founder to save $67 million in taxes by renouncing citizenship >Report: 48 percent of EU computer users pirate software
Previous Next
Comments have been disabled for this article.