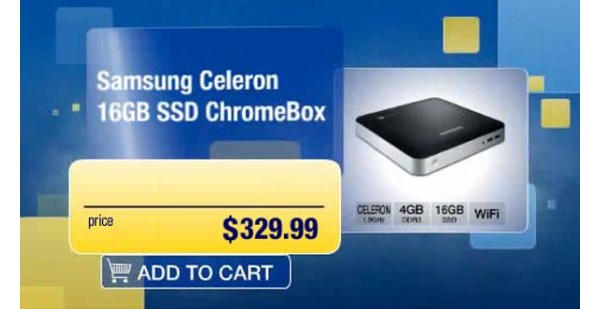 In January, Samsung unveiled its "Chromebox" device at CES.
Since then, however, there has been little in the way of news for the device, which is a mini-PC run by Chrome OS.

This week, a full product listing showed up on the TigerDirect website, before it was taken down. Although unconfirmed, it appears the PC will run on a 1.9 GHz Intel Celeron B840 dual core processor, have 4GB of DDR3 memory, a 16GB solid state disk, and 6 USB ports.

I could be wrong but Chrome OS took too long and is a thing of the past now... Android on a PENDRIVE size with usb and HDMI is perfect!