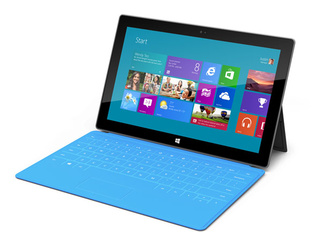 While most of the media seems to agree that the Microsoft Surface tablet is a potential game-changer, one company sees it as a marketing ploy.
Acer founder Stan Shih says the device was unveiled to push device makers to bring out Windows 8 tablets, and that Microsoft will eventually withdraw itself from the market once that is done.

The software giant does not even have a "real intention to sell own-brand tablet PCs," says Shih. "Once the purpose is realized, Microsoft will not offer more models."

Shih believes that the Surface is a way to "encourage" third-party device makers to bring out similar tablets. Microsoft makes much higher profit margins by licensing software and therefore does not need to sell hardware, says the founder.

Hmmm I am not so sure about that. Microsoft has been doing things to better it's own self image lately like offering Premium Edition PCs without crapware that OEMs like ACER install and services to decrappify PCs running horribly because of crApplications that OEMS like ACER install.

Of course the recent news of WP7.x devices never gonna be able to get upgraded to WP8 is a step in the wrong direction for that self image.

Originally posted by KillerBug: If other companies step up then Microsoft will probably get out of the way if only for lack of sales...but if we see the standard bloatware garbage with bad hardware that we are used to, then Microsoft would be foolish to give up such huge sales. It is really up to the other companies.

I think you are right there. Let the best Win8 Tablet win.
"Have you tried turning it off and on again?" ~ Roy Trenneman