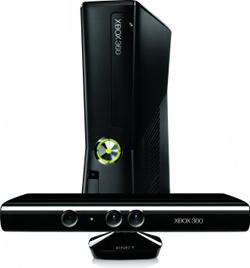 Microsoft Australia has announced it is dropping the MSRP for the Xbox 360 and the Kinect motion control sensor by significant amounts.
Starting on Thursday, the Kinect sensor will drop $AU50 to $AU150.

The rest (all in Aussie dollars):

Microsoft says the price drops are the largest ever for the company in the nation.
Tweet
Tags: Xbox 360 console Microsoft Kinect Price Drop Australia
<Google surpasses but then falls behind Microsoft in value >Android 4.0 and 4.1 now on a quarter of all Android devices
Previous Next

They get all the luck

the price drop was predictable with the release of the new 500gb ps3 and the ps3 fifa bundle going out for $369.

actually the price drop is because the 360 is not doing well in he aus. market

Originally posted by megadunderhead: actually the price drop is because the 360 is not doing well in he aus. market

whats the reason its not doing well?????
custom built gaming pc from early 2010,ps2 with 15 games all original,ps3 500gbs with 5 games all original,yamaha amp and 5.1channel surround sound speakers,46inch sony lcd smart tv.
Comments have been disabled for this article.