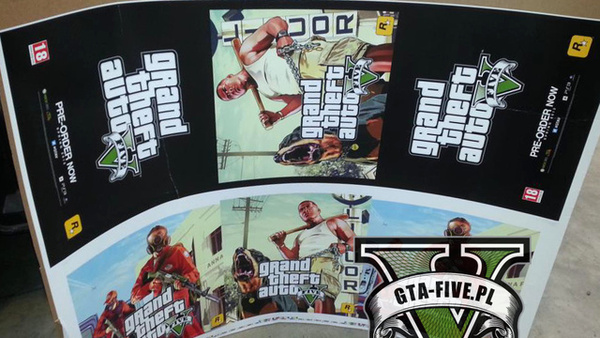 A Polish website has posted new posters of the upcoming GTA V game, showing off an autumn 2013 release date, at least for Europe.
The posters look very official, but Rockstar has not confirmed the authenticity.

If the posters are legit, the date is a bit later than earlier speculated.

Wedbush Securities' Michael Pachter had already said that the delay of the upcoming BioShock title hinted that GTA V will launch in May of next year.

Take-Two's financial figures are what caused Pachter to believe that. The publishers' figures show that it anticipates between $1.75-$1.85 billion for the year ending March 31, 2013.

Pachter believes that the guidance is "unattainable" without a major Rockstar title. He believes the developer will provide $1.1 billion to Take-Two's bottom line, with $300 million coming from Max Payne 3 and its DLC, and a further $150 million from Rockstar's existing catalog. That leaves a void of $650 million, which Pachter believes could easily be accounted for by GTA V.
Tweet
Tags: gaming Release GTA V posters
<32GB Nexus 7 now official and available >Nokia 510 made official in China
Previous Next

i hope its more like san andreas than gta 4

So, when do the religious nuts & parent groups start tearing the game apart & start evoking some form of "Z" rating on the game? You know, no one over 40 get to play it because a puppy got run over or something.