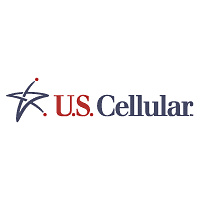 Sprint has announced today the acquisition of some PCS spectrum from regional carrier U.S. Cellular.
Additionally, the company purchased some of the smaller carrier's subscribers, and will take over "certain liabilities."

The final price is $480 million in cash, with no stock involved.

Sprint will use the spectrum to boost its new LTE network and the 585,000 subscribers (from Illinois, Indiana, Michigan, Ohio and Missouri) will all become Sprint subscribers in the coming year. U.S. Cellular currently has 5.8 million subscribers while Sprint has 55 million, making it the third largest carrier in the U.S.

As with all telecom deals, the move requires regulatory sign off, but the DOJ and FCC should likely see no issues.
Tweet
Tags: Sprint Carrier spectrum U.S. Cellular
<Apple to move Macs away from Intel chips? >Apple ordered to pay VirnetX $368 million over patents
Previous Next
Comments have been disabled for this article.