Recent headlines | Now it pretty sure: Windows 11 will replace Windows 10, Win10 support will end in 2025
AfterDawn > News > Intel CEO to retire after 40 years with company

Intel CEO to retire after 40 years with company 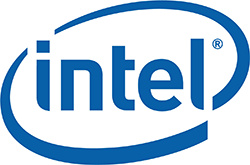 Intel CEO Paul Otellini has announced today that he will be retiring from the company next year.
Otellini will step down in May, giving enough time for the company to forge a succession plan.

After 8 years as CEO and almost 40 years with the company itself, the executive says it was time to move on. He wil end all day-to-day duties but will be available in an "advisor" capacity into the future.

Intel board of directors chairman Andy Bryant added: "Paul Otellini has been a very strong leader, only the fifth CEO in the company's great 45-year history, and one who has managed the company through challenging times and market transitions."

The company has yet to select a new CEO.

I've been privileged to lead one of the world's greatest companies. After almost four decades with the company and eight years as CEO, it's time to move on and transfer Intel's helm to a new generation of leadership. I look forward to working with Andy, the board and the management team during the six-month transition period, and to being available as an advisor to management after retiring as CEO.