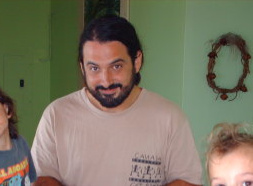 Would-be Facebook scammer Paul Ceglia has pleaded not guilty to charges that he faked a contract that stated he was entitled to a share of Facebook CEO Mark Zuckerberg's stake in the $57 billion company.
In 2010, the 39-year-old sued Zuckerberg, claiming that the exec had signed a contract in 2003 that promised him up to 84 percent of the company.

Earlier this year, a federal jury indicted Ceglia on multiple charges of mail and wire fraud, alleging that he faked the contract, created phony emails and destroyed evidence related to the case.

While there was a legitimate contract signed by Zuckerberg, to perform coding work for Ceglia's website, there was no mention of Facebook or any stake in the social network. Prosecutors claim Ceglia doctored the contract while keeping Zuckerberg's original signature.