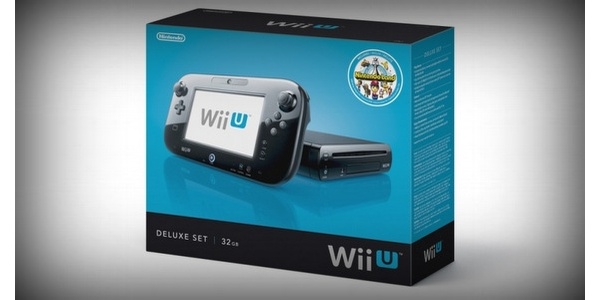 Two weeks after its debut in the U.S., the Wii U has made its way to Japan.
Japan has the world's third biggest economy, and video game industry sales have been growing in the nation, unlike the U.S. and Europe, where the industry has been in decline for years.

"Nintendo has a better chance to succeed in Japan, as they have more strongly rooted fans at home," added Satoru Kikuchi, an analyst at Deutsche Bank AG. "Still, success in the U.S. is required to generate profits."

Industry-wide sales of software and hardware grew 11 percent to 175.3 billion yen in Japan for the six month period ended September 30th. Most of the gain has come from Nintendo systems, especially the handheld 3DS.

Japan got the shitty end of the stick for once. Not only did they get a Nintendo console last, but the deluxe system does not come with Nintendo land. Instead, it came with a code for the new dragon quest x demo. On top of all that, the retail price is the highest of any region.

The other shitty thing is the only hardware and software available on day one for purchase was pre-ordered stock, so if you decided you wanted to purchase another game you were basically assed out unless you pre-ordered in advance.

Crazy to think that Nintendo held out the most on their most successful market.

As far as sales figures between Japan and the US, it looks about the same even with the shrinkage of sales in the US.

Actually there is something you need to understand about japanese law.


Nintendo wanted to include nintendo land but because of of the japanese law with video games.

(this game cannot be resold used) which is stupid.

(and cannot be combined with console) Which is also stupid

it is not nintendo's fault and even funnier i would take the demo because the only demo we got in the u.s is fifa 13 which sucks

also they got nintendo TVii service before us which sucks