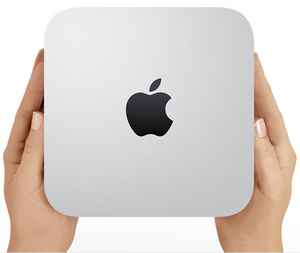 According to Digitimes, Mac Minis will be the first Apple computers built again in the U.S.
Earlier rumors had stated that the upcoming Mac Pro would be the first, but honestly both devices make sense.

CEO Tim Cook stated earlier this month that some production would be moved back to the U.S., with the company investing between $100-$200 million to do so. Foxconn has also confirmed they will be expanding their operations to the U.S., suggesting they will run Apple's new Texas-based manufacturing lines.

Some components, like Apple's A5 and A6 processors, are already built by Samsung here in the U.S. but all finished products come from China.

I'm sure Apple has the money to pay American Dollars to their workers rather than to hire mass cheap labor.

It helps America and I'm proud of things that are made here.

However, is it the assembly taking place here or the complete manufacturing process?

This is peanuts . 200 million is nothing. People think we want these jobs but design and engineering is better and apple does that here

Originally posted by buddyleem: This is peanuts . 200 million is nothing. People think we want these jobs but design and engineering is better and apple does that here

Two things...contradicting each other a little bit...

First, they are going to Texas...and Texas is well known for giving tax breaks to companies that open sites in the state...tax breaks that far outweigh the money paid to employees. Once everything is settled, I'm guessing Texas is paying for the wages of these 200 employees for about 20 years, even if Apple doesn't keep them that long.

Second, manufacturing jobs are a good thing. It would be wonderful if everyone in the USA was a well paid engineer...but it just isn't going to happen. There are plenty of people who are well suited to such jobs, who don't have the skills to design, nor the desire to get such skills. They just want a reliable paycheck to put food on the table, and anything that keeps them off of foodstamps is a good thing IMHO. 200 isn't a lot of people, but it is better than none.