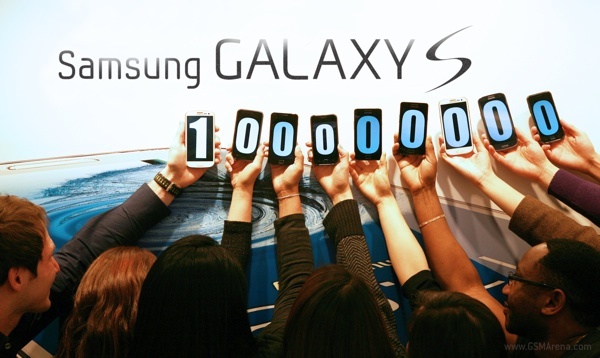 Samsung's Galaxy S series, some of the most popular phones in the world, have hit a major milestone.
The company has announced this week that total shipments of the series have reached 100 million. The original Galaxy S launched in March 2010.

While the original had strong sales at the time, its sequels have been the real hits.

There are already rumors of the Galaxy S IV, which is expected to launch in March with a quad-core processor, a 5-inch screen and other unknown features.
Tweet
Tags: Samsung Sales 100 Million Galaxy S III galaxy s series
<Sharp, Lenovo to form TV partnership >T-Mobile to get Nexus 4 in stores nationwide
Previous Next

It was a nice phone. Had some problems with the battery and some freezes but that was fixed in ICS in the S2 for me.

I still using ICS on the S-1. Never bothered upgrading my handset cause there wasn't a point too, most apps still run smooth on my phone.