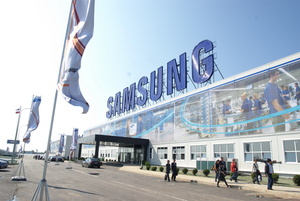 Samsung posted another strong quarterly earnings report today, right on the heels of Apple's strong (but market disappointing) report last night.
For the Q4, the company posted an operating profit of $8.27 billion on revenue of $52.45 billion, a record for the company.

The company had expected slightly lower of each, beating estimates that they themselves had supplied the market last year.

Year-over-year, the profit was an 89 percent increase.