An interesting note comes on the updates side. Nearly all Chrome users remain updated to the newest version, but Firefox appears to leave users behind with every update. Firefox fans are also staying with their old browser for extended periods, says Ars.

(Second chart below reflects combined share when including mobile, where Apple is dominant) 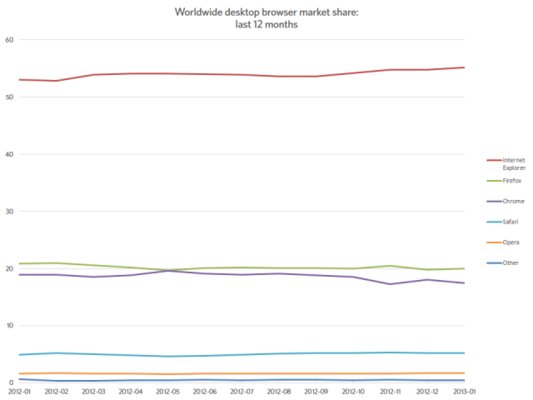 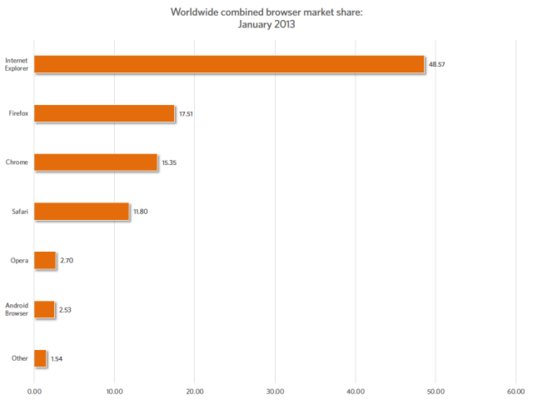 It is all those people that installed Windows 8 and can not figure out how to install anything else.

Once that is done they can not figure out how to get to it and run Firefox or chrome.

Metro you are paying off for Microsoft.

Seems to happen every time a new version of Windows is released. There's a surge in the number of people who need to use it to download better browsers.

When verified realities lead us to anger, we must learn to reevaluate our beliefs.
34.2.2013 23:38
Notcow
Send private message to this user
Member

I have personally considered moving away from chrome as it becomes less user friendly. I was particularly unhappy with the decision to ban the installing of scripts/plugins from sources other than the Play Store (i.e. Userscripts.org)

With each update Chrome seems to become less friendly and more confusing.

you must be using a different chrome than me then.go use ie for awhile and see how much you dislike chrome.