Ouya Android console to sell at Best Buy, Gamestop and Target from June 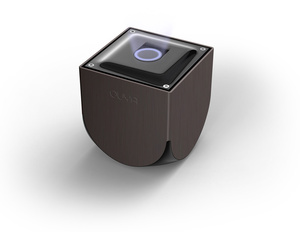 Android console to hit retail in June.
The Ouya games console - the result of a very successful Kickstarter campaign that raised $8 million - will go on sale at Gamestop, Target and Best Buy from June, which is good news for interested consumers who missed out on the campaign. The console will sell for $99.99 and will come with one controller, an extra pad costing $49.99.

Ouya CEO Julie Uhrman admitted to the Wall Street Journal that $49.99 is a "premium price" for an extra controller, but that the inclusion of a touchpad makes up for it.

The Ouya packs a ARM Cortex-A9 Quad-Core 1.7GHz processor, Nvidia Tegra 3 SoC, 1GB of RAM and 8GB internal flash memory. It's OS is based on Android 4.1 Jelly Bean, and it has its own tailored Ouya store for applications and games. Ouya will be compatible with the OnLive video game service too.

The console can be rooted without voiding the warranty and is purposely made to be easily disassembled for hardware expansion and modifications.
Tweet
Tags: Android ouya
<Confirmed: Dell in $24.4 billion buyout deal >VIDEO: North Korea uses Call of Duty: Modern Warfare 3 in propaganda to show U.S. city burning
Previous Next

i love that they encourage hw mods