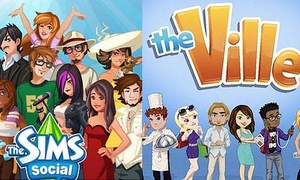 "EA and Zynga have resolved their respective claims and have reached a settlement of their litigation in the Northern District of California," reads the quick release. The settlement terms were not disclosed and the suit was thrown out with prejudice, meaning it cannot be brought again.

In their original suit, EA claimed that the Ville series "wilfully and intentionally copied and misappropriated the original and distinctive expressive elements of The Sims Social in a violation of U.S. copyright laws."
Tweet
Tags: Lawsuit Electronic Arts Zynga ville sims social
<Skype Video Messaging now live for iOS, Android and Mac >Sega's new laptops all look like old consoles
Previous Next Write a comment
Comments have been disabled for this article.