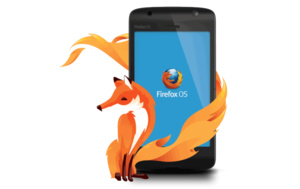 Sony Mobile has announced it has "ambitions" to release a Firefox OS smartphone in 2014 through carrier Telefonica.
Adds Bob Ishida, head of Sony Mobile Communications' Products Business Group: "Our engineers are now working with Firefox OS Mobile and HTML5, evolving technologies which show great potential. In addition, we continue to work with our operator partners, including Telefónica, on a development project with an ambition to bring a product to market in 2014."

The recently revealed operating system, which will be aimed at the emerging markets, already has partners in Alcatel, ZTE, Geeksphone, LG and Huawei.

Telefonica is one of the largest carriers in Latin America, and Firefox OS phones will be aimed at budget-conscious consumers in those nations.
Tweet
Tags: Sony operating system Telefonica firefox os
<'Game of Thrones' director: Piracy does not hurt us >The Pirate Bay has departed Sweden, setting sail for Spain and Norway
Previous Next

Sony enjoy pissing away their money so this sounds about right.

This could be interesting.