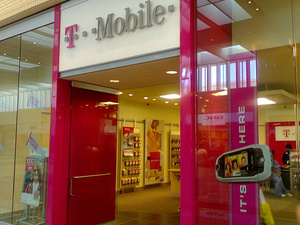 According to multiple sources, the first eight T-Mobile LTE networks will be located in New York, New Orleans, Denver, Las Vegas, Kansas City, San Diego, San Jose and Seattle.
The company expects to have a full rollout to over 200 million users by the end of 2013. Such a rollout would give T-Mobile the third largest LTE network in the U.S., slightly behind Verizon and AT&T, who began their networks in 2012.

Sprint, the third-largest carrier in the nation, has been slowly building their LTE network, as well, and is currently in 67 markets.

T-Mobile is preparing an event in NYC on March 26th, but the carrier is widely expected to introduce the LTE network and also unveil new unlimited, unsubsidized service plans that cost as low as $50 per month.
Tweet
Tags: T-Mobile USA U.S. Carriers 4G LTE
<Windows Store hits 50,000 apps >Analyst: Plastic iPhone without Retina is coming this year
Previous Next

That's all good & everything. But it necessitates that I acquire an LTE capable phone? Had I known this, I think I would have held off upgrading. Unless the rumors turn out to be true & the Samsung Galaxy S3 has LTE built-in. In which case, all I need is the OS upgrade to unlock it.

No LTE in your GS3. T-Mobile is releasing another GS3 in April that has the LTE chip inside it. Best bet would be to trade-in your old one towards the LTE one if that's what you want.

I don't care who you are or what your company ranks in size, reliability, etc; New rollouts such as this need to be in five (5) specific markets FIRST.........Los Angeles, Chicago, New York, Philly and Phoenix.......the five largest cities in the U.S.

How they skip Chicago is beyond me but intelligence and good decision making isn't a pre-req for Executive positions in a company.

Because AT&T gave all the local gangs smart phones and told them to keep the competition out. That's why I stay the hell out of down town( plus the way my grandpa use to drive zig zagging under the L scared the crap out of me lol).

Originally posted by ZeusAV: No LTE in your GS3. T-Mobile is releasing another GS3 in April that has the LTE chip inside it. Best bet would be to trade-in your old one towards the LTE one if that's what you want.

I did not know that. Will try when it's available. Thanks for the info. :-D