Recent headlines | Now it pretty sure: Windows 11 will replace Windows 10, Win10 support will end in 2025
AfterDawn > News > AT&T to be exclusive carrier for 64GB version of HTC One 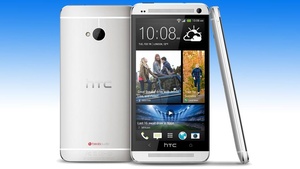 AT&T has announced this week that it will be the exclusive carrier for HTC's 64GB model of the upcoming 'One' flagship.
The carrier confirmed the fact via a promotional video on the company YouTube account.

HTC will be offering 8GB, 16GB and 32GB models, as well, depending on your carrier.

The company recently had to delay their flagship due to component supply issues related to the new 'Ultrapixel' camera. HTC says the phone will reach the U.S. before the end of April.

HTC also recently announced it had seen "several hundred thousand" pre-orders so far in the U.S., spread out between Sprint, T-Mobile USA and AT&T. Verizon has not yet been confirmed as a carrier for the device.
Tweet
Tags: AT&T htc one Carrier Exclusive
<Haha: The Pirate Bay moves servers to U.S., now dubbed "Freedom Bay" >HBO: 'Game of Thrones' piracy does not hurt us at all
Previous Next

I think I speak for the users of all other carriers when I say: @*%^ you HTC. @%*^ ^%(@ing you and the damn horse you rode in on. I was considering the phone, but to make the largest capacity exclusive to one carrier? Eat a @%^*..

making a model (and here the one with the highest capacity) exclusive to one carrier leads to failure (example, sony); did not apply to apple since they are the only iOS provider.
another marketing fiasco on the way...

Yet another HTC phone without changeable battery.

This phone looks to much like BB Z10 with windows 8 live tiles,be ready to be sue.
HTC always copying other technologies