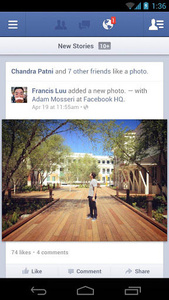 Symantec's Norton Mobile Security for Android discovered a strange behaviour in Facebook's Android app that leaks the device phone number even without logging in.
The latest version of Norton Mobile Security for Android contains the new Norton Mobile Insight technology, which has analysed over 4 million Android apps and processes tens of thousands of new apps every day. Mobile Insight is able to automatically discover malicious applications, privacy risks, and potentially intrusive behavior.

Symantec contacted Facebook about the problem, and the social network said it will provide a fix in its next app update for Android. It also said that any gathered phone numbers have been deleted and were never used in any way.
Tweet
Tags: Facebook Android symantec
<Sharp in LCD tie up with China Electronics >ITC judge decides against InterDigital in case involving Huawei, Nokia and ZTE Corp
Previous Next Write a comment
Comments have been disabled for this article.