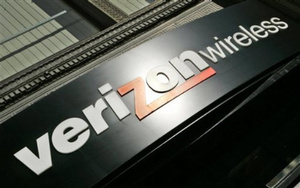 Verizon Wireless is in talks with Vodafone Group to buy back the 45 percent of their company that they do not own.
The sale would be in the area of $130 billion, making it one of the largest transactions of all time. Verizon is working with six major banks to raise $60 billion to finance the buyout.

Vodafone and Verizon have been partners in the venture for over a decade, and it has been very lucrative for Vodafone as Verizon pays them a hefty dividend when possible. The deal began in 1999 back when Vodafone outbid Bell Atlantic for Airtouch Communications, at the time, the largest wireless communication company on the planet. Bell and Vodafone then merged assets to create Verizon Communications.

The companies have intensified talks in the last weeks, after reports of the buyout surfaced earlier this year. As part of the deal, Verizon will sell back its 23 percent stake in Vodafone Italia, valued at about $5 billion.

M&A in the industry have been swift this year, starting with T-Mobile USA merging with MetroPCS, and more recently, Softbank acquiring Sprint for $21.6 billion.
Tweet
Tags: Vodafone Verizon Wireless
<Verizon prepping $130 billion deal for Vodafone's stake in joint venture >Microsoft looking into 'strategic investment' in Foursquare
Previous Next
Comments have been disabled for this article.