Intel: Tablets for under $100 coming this year 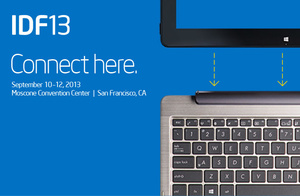 Newly hired Intel CEO Bryan Krzanich spoke today during the company's Intel Developer Forum, telling observers that there will be tablets available "at price points below $100" during this holiday season.
The exec had previously said touchscreen laptops with new Haswell processors could fall to under $200 this year, but prices under $100 have traditionally led consumers to impulse purchases. The price point would also match those of high-end e-readers.

Of course, Krzanich would not comment on the quality or the capabilities of the cheap tablets but it could help Intel gain some more share in the market dominated by rival ARM-based processors.

This is good news for some wanting a tablet. Now, will you get the choice in-store of a Windows or Android based tablet or will you get only the Windows OS and have the option at home to either do a full install or dual-boot of Android?

ahhhhh!!! cobras
Comments have been disabled for this article.