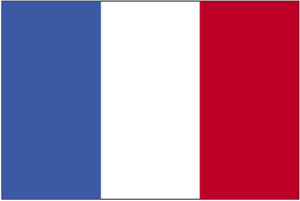 French authorities have announced that they are fining Google over $400,000 for data privacy violations.
The National Commission on Computing and Freedom (CNIL) says Google has not satisfactorily responded to requests to be more upfront about how the search giant collects data from its users.

Regulators had also wanted Google to give users a chance to opt out of having their data centralized.

The CNIL said it will now launch formal sanction proceedings, and that the process could take a few months.

Google spokesman Al Verney quickly responded to the charges: "Our privacy policy respects European law and allows us to create simpler, more effective services. We have engaged fully with CNIL throughout this process and will continue to do so going forward."

The fine itself is laughable, as Google makes $400,000 in profit roughly every 20 minutes.
Tweet
Tags: Google France CNIL
<Microsoft shows off Halo 4 streaming from the cloud to Windows Phones >Delta to distribute Surface 2, Lumia 820 to pilots, flight attendants
Previous Next

I was going to say, a $400,000 fine to Google is like someone fining you...1 cent I guess, since I can't go lower ;)
I wonder tho, now that the penny has been phased out would it be more like a nickel or just say $00.00. ;)
I don't know if it's sad or funny, Google used to be the Techie's choice back in the early days and we recommended it to everyone we helped with Malware. We built Google into the giant it is today and now most people consider them one of the Evil Corporations.