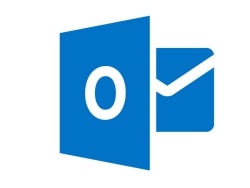 Clearly not seeing the backlash that was brought upon Yahoo when they began doing the same, Microsoft has begun recycling older, inactive Live, Outlook and Hotmail email accounts.
Perhaps worse, the company has not mentioned such practices in their service agreements although it does read that you must log in "periodically, at a minimum of every 270 days, to keep the Microsoft branded services portion of the services active" otherwise your "access may be canceled."

Following reports that it has begun recycling emails, Microsoft confirmed that is the new policy. "The email account is automatically queued for deletion from our servers. Then, after a total of 360 days, the email account name is made available again," says the software giant.

Yahoo was criticized for a similar move, as many new users still received emails that were addressed to the old user of the account, including sensitive information from Web services.

Google, owner of the second most popular email service on the Web, Gmail, says they will never recycle inactive or deleted accounts: "Once you delete your Gmail address, you won't be able to use that same username (username@gmail.com) in the future."
Tweet
Tags: Microsoft email
<Original iPhone cost at least $150 million to develop >BlackBerry hit with shareholder lawsuit
Previous Next

Take a note from Google on this one...

I think inactive accounts should be recycled. Couple years ago, I wanted my PSN name to match the one I use on almost every other site and service, but it was unavailable. Yesterday I tried for the same name, and it was available. Im a happy person now lol

Because of this I have lost easily over 10 000 mails.
Yes, it was very old account, and most of the mails could be categorized as spam.

But still, 10 000 mails lost, just because I havent checked the mail box for nine months. The account itself were about 12-13 yrs old.

I noticed the lost about a half year ago.
Can't even think about how many services are registered with that mail address.

What could I say...
Never again Microsoft email?
Trust can be lost only once, this shit never gets it back.


E:
I had configured the account to forward all mails into another box when the account got recycled. The account had activity every single day. I just didn't log in to it for a while...

ALL free email clients will eventually mark your account stale, after a long enough period of inactivity; the only difference here is whether or not the service allows your old email address to be reused afterwards.

None of the players in free email fail to mention the inactivity limits in their TOS, either, so save your hate vs. Micro$oft for something they were actually wrong to do, there's plenty to choose from -.-' ...