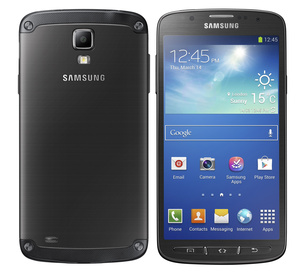 Samsung intends to release the Galaxy S5 smartphone by April with significant design improvements, and is also studying the use of eye-scanning technology.
Samsung executive Lee Young Hee told Bloomberg that the South Korean firm is aware that its customers didn't notice much of a difference - in terms of design - between the Galaxy S3 and Galaxy S4 smartphones, but that there will be considerable changes for the Galaxy S5's design.

"When we moved to S4 from S3, it's partly true that consumers couldn't really feel much difference between the two products from the physical perspective, so the market reaction wasn't as big," she said.

"For the S5, we will go back to the basics. Mostly, it's about the display and the feel of the cover."

Of course, working on the cover and display will only get you so far in this highly competitive business, and given that the launch of the iPhone 5s and iPhone 5c appeared to cut into the Galaxy S4, the next Samsung flagship smartphone will have to find other ways to differentiate.

One area could be the use of an eye-scanner in Samsung's high-end devices.

"Many people are fanatical about iris recognition technology," Lee said at CES. "We are studying the possibility but can't really say whether we will have it or not on the S5."

I would not mind checking the S5 out when it comes out.
They have to give us more specs details than just the eye crap.

So the body is just that of an s4 active. I hope The case doesn't feel like a cheap plastic toy as all previous ones have.

Hmm, might be just the one to get me to shift from my trusty Galaxy S2.

Personally I couldn't care less how 'plastic' (or not) any of them feel, I always put my phone in a rubber & carbon protector & I've never had one go bad on me yet, despite the occasional drop to a hard floor when it gets accidentally knocked off.

I like to buy my own phone outright (I hate contracts involving a phone) so it's important to me that they stay safe.

That seems a much better idea than concerning myself with how the phone feels without a protector on it....although I have to say I did not find the S2 or S3 (haven't handled an S4) especially cheap & plastic feeling.

Originally posted by 21Q: So the body is just that of an s4 active. I hope The case doesn't feel like a cheap plastic toy as all previous ones have.

Nobody said it has the body of the Active because no one knows what it actually looks like, if they do they're lying. Also, I don't know what phones you have held but non of them felt like a plastic toy, sorry but it really sounds like you've never had one and are just hate'N
Comments have been disabled for this article.