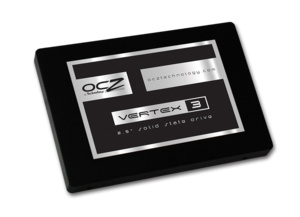 In December, SSD maker OCZ filed for Chapter 11 bankruptcy after striking an agreement with Toshiba for the electronics company to purchase most of its valuable assets.
As of today, the deal has been completed.

OCZ had been seeing years of revenue falling, with losses mounting as the company was having issues with their supply chain.

Under Toshiba, OCZ will operate independently, and supply should no longer be an issue given that Toshiba is one of the largest makers of flash memory chips.

Last month, OCZ had this to say of the acquisition: "Over the past year, OCZ has dealt with numerous issues which have stressed the company's capital structure and operating model, posing a challenge to achieving near term profitability. The combination of NAND flash supply constraints and credit issues have impacted our ability to satisfy the demands of our customers; this combined with increased pricing pressure in our industry have contributed to our on-going operating losses. On an operational basis, we completed a complex investigation, several restructurings and a multi-year restatement that added significantly to our working capital requirements. We have been working diligently on this partnership with Toshiba and we believe that this is the best outcome under our current corporate conditions."
Tweet
Tags: Toshiba SSD OCZ
<Jolla's Sailfish OS ported to Google Nexus 4 >Netflix moving to three pricing tiers for new subscribers
Previous Next

I believe the reliability of OCZ drives should improve drastically. I still have a few Casio supplied Toshiba manufactured sd ram cards which are as good as new after more than 15 years of use.

Toshiba have really gone downhill since then... I avoid them like the plague nowadays. And as if OCZ hadn't gotten bad enough already....