T-Mobile: Entire 2G network will be upgraded to LTE by mid-2015 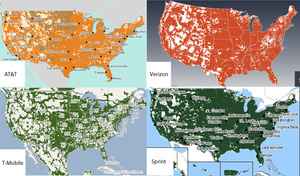 T-Mobile has made some big news today, announcing that its entire existing 2G/EDGE network will be upgraded to 4G LTE by mid-2015.
Currently, its LTE coverage blankets 210 million Americans and has been aggressively expanding and upgrading since launching in 2013.

The carrier has always been criticized for having great, fast service in metro areas, but awful service in suburban and especially rural areas. The new upgrade would improve these faults.