Microsoft: Xbox 360 emulation on Xbox One being 'thought through' 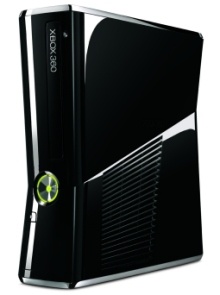 Microsoft is still thinking through its options as it works on ways to bring Xbox 360 titles to the Xbox One console.
Since the Xbox One console adopted X86 architecture instead of the PowerPC-powered Xbox 360, it was always going to be a challenge to bring Xbox 360 titles to the new console. "It turns out to be hard to emulate the PowerPC stuff on the X86 stuff," Microsoft's Frank Savage said during a panel discussion at Microsoft's Build conference.

"There are [plans], but we're not done thinking them through yet, unfortunately," he added.

It may be possible that Microsoft will give up on trying to go with the emulation route, and will simply follow Sony's PlayStation Now model, which uses the cloud instead to deliver PS3 experiences on the PS4 console.

Cloud huh? Sorry Customers, Like Sony, you have to repurchase all your hundreds of XBOX360 games through our XBOX-Live Store. Now give us the money!!!

Saving the Universe, One Computer at a time.
Comments have been disabled for this article.