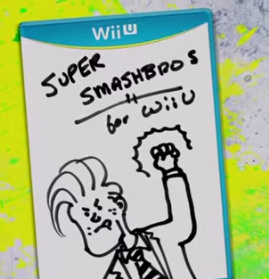 Late night talk show host Conan O'Brien has added another hilarious addition to his 'Clueless Gamer' segment, this time playing an advanced copy of the upcoming 'Super Smash Bros' for Wii U.
The popular segment shows Conan and co-host Aaron Bleyaert playing video games, which Conan admits he does not like, does not understand and is certainly not good at.

Conan plays as multiple characters, trying to understand the basics of the craziness that is Super Smash, while making fun of nearly every character. The segment concludes with a four player match including his assistant and another employee.

The Wii U version will be available for Wii U sometime "this Winter."