Recent headlines | Android 11 update tracker - What phones will get it?
AfterDawn > News > SanDisk buys up Fusion-io for $1.1 billion

SanDisk buys up Fusion-io for $1.1 billion 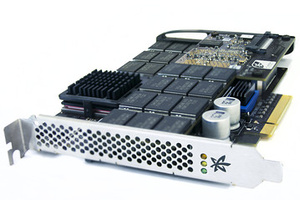 SanDisk has significantly enhanced their enterprise and datacenter strategy, purchasing Fusion-io for $1.1 billion in cash.
Fusion-io specializes in SSD, and has major corporations as customers including Apple and Facebook. The company "develops flash-based PCIe hardware and software tools" and has seen strong growth until recently, when it was panned for not diversifying its client base.

SanDisk will quickly move the company into its vertically integrated supply chain and SanDisk CEO Mehrotra says the deal will "position us well in enterprise storage."

Since the company was spending heavily on R&D for PCIe hardware, the new move will prove an immediate synergy.