Recent headlines | Guide: How to Kick Unwanted Guests from Your Netflix Account 1
AfterDawn > News > Adobe releases yet another critical patch for Flash

Adobe releases yet another critical patch for Flash 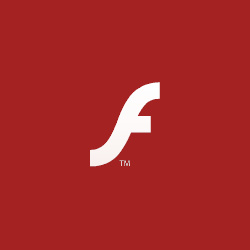 In what is becoming standard procedure at this point, Adobe has issued a critical patch for its Flash software this week.
The update will patch a major security flaw that allowed attackers to exploit users of popular services including Twitter, Instagram, Amazon and eBay.

Flash version 14.0.0.145 is available for all major operating systems.

The flaw allowed hackers to steal cookies for authentications at thousands of major sites and services, and could also allow for remote access of an affected device. Most of the aforementioned sites have fixed the error on their own back end, but Adobe has marked the update as highly important and with the highest threat level.

Windows 8 users using Chome or IE will likely have already received the automatic update for the Flash Player and everyone else can manually download the patch.

Par for the course with Adobe they have to be some of the worst coders out there it's a wonder they are so popular.