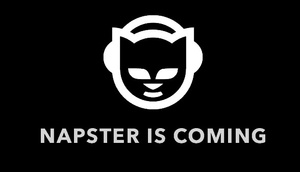 Rhapsody has announced that its music streaming services now have over 2 million paying subscribers.
The company owns Rhapsody, Napster and the newer unRadio services.

Altogether, the services are available in 32 countries but growth has been notably slow. The company announced 1 million paying subscribers back in 2011.

In its efforts to strengthen growth, the company is expanding further into Europe, using the assets it acquired in the UK, France and Germany from Napster in 2012.

"We are very satisfied with the development of Napster in France and the successful co-operation with SFR," said Thorsten Schliesche, Napster SVP and GM for Europe, noted in a statement. "France is one of the fastest growing markets in Europe. The success of our service proves that customers are eager for a blend of on-demand and mobile data bundles."

Rhapsody is an extension of Real Networks. Something I won't let on my computer EVER! This along with NEVER allowing the crappiness that is ITunes on my 'puter