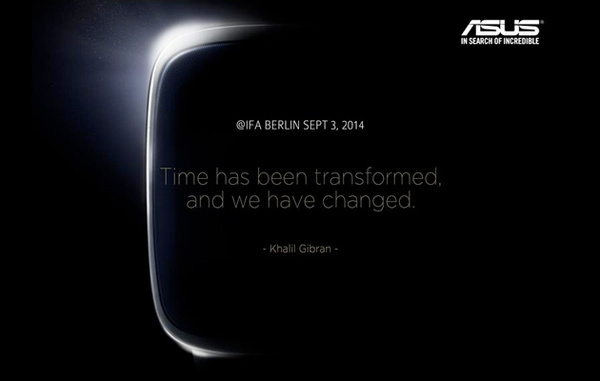 Asus has posted a teaser picture for their IFA event on September 3rd in which the company will reveal their rumored smartwatch.
The Android Wear-powered device is rumored to be priced at under $150, making it easily the cheapest of its kind in the market.

Although unconfirmed, the new Asus watch is expected to have specs on par to the LG G Watch and Gear Live, but that sadly includes the poor battery life of those devices, as well, which range from 1-2 days depending on use.

There is not much else known but the teaser seems to show a watch with a curved rectangular face, different than the boxy G Watch and the round Moto 360 watch.

Something #Incredible is going to happen at #IFA2014, see you there! pic.twitter.com/1Dr2zAo06I

Tweet
Tags: Asus smartwatch Android Wear
<'Swing Copters' is the new followup to Flappy Bird >WebOS TV team moves to Pebble for next-gen smartwatches
Previous Next Write a comment
Comments have been disabled for this article.