Amazon: ' Yeah we priced the Fire Phone way too high' 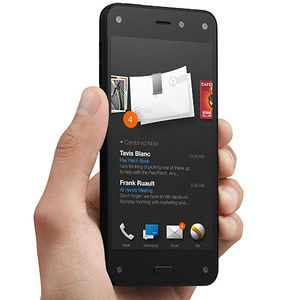 The Amazon Fire Phone was and remains a disaster for Amazon, and the company finally confirmed it by taking a $170 million loss in the last quarter.
Company senior vice president of devices David Limp has admitted this week that the device was mispriced. "We didn't get the price right," Limp says. "I think people come to expect a great value, and we sort of mismatched expectations. We thought we had it right. But we're also willing to say, 'we missed.' And so we corrected."

When the device launched, Amazon stuck to standard industry pricing, selling its base model phone for $199 with two-year contract, which it also foolishly made an AT&T exclusive. Within two months, in an effort to move stock, Amazon dropped the price to just 99 cents with contract.

Despite the price drop and significant OS updates since launch, Limp says the company still has $83 million in surplus unsold phones, a huge amount of excess inventory for a phone that is still having issues selling.

I wouldn't take that thing if you gave it to me for free.
What functionality does it offer over the cheapest Android phone? Jack Freaking Diddly.

i would buy the phone if the phone without contract was 189.00 any more then that you can go $#$% a kite remember the Facebook phone had the same problem

Nobody is surprised what-so-ever!

We all knew this was going to happen. Garbage phone with garbage run-of-the-mill and mediocre specs. The 3D part is NOT on the entire phone........only like the main screen or some sh*t.

No one should feel sorry for Amazon! NO ONE! (and I'm sure no one does) If they have enough money to throw away by engaging in a technology that is over-saturated and YOU KNOW WILL LIKELY FAIL then screw them!

They're gonna have to give this P.O.S. away to eradicate it.

Though, this stupid assed world we live in full of sheeple will possibly sensationalize this phone later on and it'll become a million-dollar collector's item in 12 years.