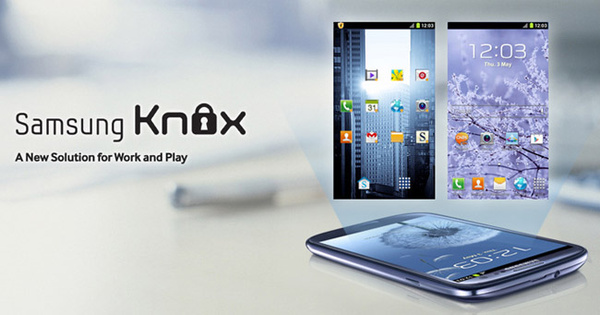 Earlier this week, BlackBerry and Samsung announced a new joint partnership in which BlackBerry will provide "end-to-end encryption" and expertise on Samsung Knox devices.
BlackBerry's upcoming BlackBerry Enterprise Services 12 platform will be the home of the added Android security, and from most vantage points appears to be a great deal for both companies. While BlackBerry is dead as a hardware maker, it has held onto its reputation for enterprise security.

Knox, Samsung's security platform for businesses, allows employees to have just one device (rather than a work and personal phone) with the ability to transition between both, securely. Knox even received Pentagon approval last year, alongside BlackBerry's own BB 10 operating system.

BlackBerry has not provided information on subscription prices as of yet, but there will be more info to come as the platform gets closer to launch in 2015.

I would say that they are far from dead as a hardware maker or are you forgetting the Passport that you trashed but lots of other people thought was great and was sold out within a week. But what else do you expect from Afterdawn? Unbiased reporting isn't one of your virtues.

Well.just in case my new contract will began on December and Blackberry Passport is my next target...why not?
And who cares what people said.