Recent headlines | FT: Apple prepping a search engine to replace Google
AfterDawn > News > Nokia will not return to the phone building business, but could license name out

Nokia will not return to the phone building business, but could license name out 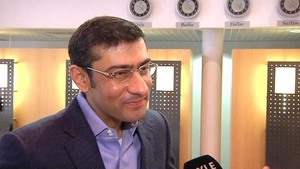 New Nokia CEO Rajeev Suri says the company is looking to revive its brand name in the consumer electronics market, but they will not be building phones again.
"I think you can expect our brand will return to the consumer world," said Suri. The telecom equipment maker sold its struggling handset business to Microsoft earlier this year, and Microsoft just unveiled their first smartphone with Microsoft branding rather than Nokia's.

Suri says the easiest way to get back in is to license the name to other OEMs who will bank on the name recognition. "We see brand licensing as an opportunity ... But I would say it is more of a long-term opportunity," Suri added. "This is not a sentimentality thing."

Nokia was once the biggest phone maker in the world, and Interbrand says its brand ranking was as high as #5 in the world, as recently as 2007. It has since fallen to the #90s.

Source:
yle
Tweet
Tags: Nokia cell phones Licensing
<U.S. Marshals fly Cessnas to collect data from thousands of cellphones in search of criminals >DirectX 12 will not be supported on Windows 7
Previous Next