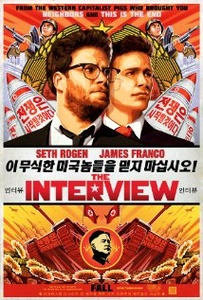 A week after hackers took down the networks of Sony Pictures and stole 11 terabytes of data, more personal data has been released today, including the social security numbers of nearly 50,000 past and present employees.
Among those with leaked information were celebrities like Sylvester Stallone, Rebel Wilson and Judd Apatow.

Besides the socials, hackers released much more info, as well. Credit card info, social media accounts, computer passwords, home addresses, salary information and contracts are also available now for all to see. Some of the leaked personal data comes from as far back as 2000. On the corporate side, there were passwords and logins for expensive research and data services such as Bloomberg, ComScore and Lexis Nexis leaked, and even the logins for Sony's Amazon and FedEx accounts.

Sony Pictures truly failed its employees with lax security as the documents were kept without encryption, and in plain text labeled files as obvious as "YouTube login passwords.xlsx," for example.

It is unclear where the destructive malware originated, but a handful of security experts have cited how similar the attack was to 2013 attacks by North Korea against South Korea. In fact, North Korean dictator Kim Jung Un promised "merciless retaliation" if Sony did not ban showings of its new film "The Interview," a comedy in which Seth Rogen and James Franco are sent to interview Un and then kill him. North Korea, for its part, has denied any involvement.

what sony should do is the same as 360safe.com did get the students to find out who did it and have proof and give them a reward for finding them.

Perhaps now Sony will take security more seriously,if they weren't so lax to begin with it more than likely wouldn't have happened,i seem to vaguely recall they didn't give a rats

It don't matter what security you run if someone wants to get in they will. Look at the guy who was in the us army systems for 20 years till he got cought. look at the businesses of today that are loosing money from people hacking them you can put things in place to try to stop them but someone always finds away around it. the only way i see sony stopping this kind of stuff and witch is common sense is in the first place not even put those computers online so this kind of thing wont happen.

*Points and laughs in his best Nelson voice." Sorry $ony, you brought this on yourself, and completely deserve it for how you treat your customers.

11 terabytes of data - how long does it take to download all these data?