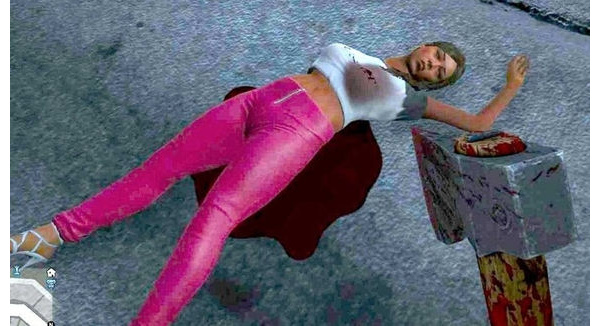 The decision by two Australian retailers to pull copies of GTA V from shelves has been blasted by Take-Two president Karl Slatoff as an affront to the values of a free society.
GTA V publisher Take-Two had previously expressed disappointed with the decision by Target Australia and KMart Australia to drop the controversial game from their stores across the country in response to a petition that decried the depictions of violence against female characters in the game.

However, at the BMO Capital Markets 2014 Technology & Digital Media Conference, Slatoff was a bit more blunt with his reaction to it, finding it to be incompatible with a free society.

"It's one thing for someone to not want to buy a piece of content, which is completely understandable, and that's really the solution. If you don't like it and it's offensive to you, then you don't buy it," Slatoff reportedly said, reports GI.biz.

"But for a person or a group of people to try to make that decision for millions of people... We have 34 million people who bought Grand Theft Auto, and if these folks had their way, none of those people would be able to buy Grand Theft Auto."

Slatoff went on to warn about the precedent that these types of cases can set in free societies.

"It's the freedom of expression, and to try to squelch that is a dangerous and slippery slope to go down. So it's really more disappointing for us in that regard than it is in the context of our business. Our business is going to be completely unaffected by this; it doesn't make a difference to us. At the end of the day though, it's not something you want because it's a poor leadership decision."

You can read about how GTA V ended up off the shelves at Target and KMart here, or read about how gamers responded with an almost identical petition asking Target to ban the Bible from its stores.
Tweet
Tags: Grand Theft Auto V Take-Two Target Australia
<The slimmer the better? This is now slimmest smartphone: Vivo X5Max >The Pirate Bay has not moved to Costa Rica, and is not back online
Previous Next

The ironic thing... they don't sell "The bible" at target, at least from what I have read not in book form.

Originally posted by WW3: The ironic thing... they don't sell "The bible" at target, at least from what I have read not in book form.


The petition isn't actually serious, more of an example of how almost the exact same text of the original petition could be justified in banning it.
311.12.2014 09:59
Menion
Send private message to this user
Member

I have to agree with Karl there are more than 7billion people on the face of this earth all with unique personalities and thoughts, then we have these individuals who believe everyone should be just like them, when will they ever get a clue there insignificant thoughts don't even represent a nano fraction of the population