President Obama believes Sony made a mistake in pulling 'The Interview' 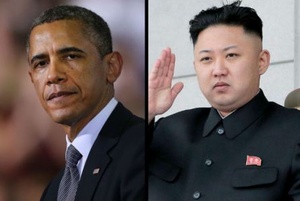 President Obama bluntly stated yesterday that Sony "made a mistake" in caving to the threats of hackers that have stolen terabytes of data and threatened movie goers.
The President says the U.S. "will respond proportionally" to the cyber attack, which the FBI has blamed on North Korea.

"We cannot have a society in which some dictator someplace can start imposing censorship here in the United States" he said. "Because if somebody is able to intimidate folks out of releasing a satirical movie, imagine what they start doing when they see a documentary that they don't like, or a news report that they don't like -- or even worse, imagine if producers and distributors and others start engaging in self-censorship because they don't want to offend the sensibilities of somebody whose sensibilities probably need to be offended. That's not who we are. That's not what America is about."

"Sony is a corporation. It suffered significant damage, threats against some employees. I am sympathetic to the concerns they faced. Having said that, yes I think they made a mistake [in canceling the release of the film]," Obama added. "That's not what America is about...I wish they'd spoken to me first. I would have told them, 'Do not get into a pattern in which you're intimidated by these kinds of criminal attacks'."

Later in his speech, he spoke to greater Hollywood: "We can't start changing our patterns behavior any more than stop going to football game because might be possibility of terrorist attack...Let's not get into that way of doing business.

It says something interesting about North Korea that they decided to have the state launch an all-out assault on a movie studio because of a satirical movie starring Seth Rogen and James Franco. I love Seth and I love James, but the notion that that was a threat to them, I think, gives you some sense of the kind of regime we're talking about here."