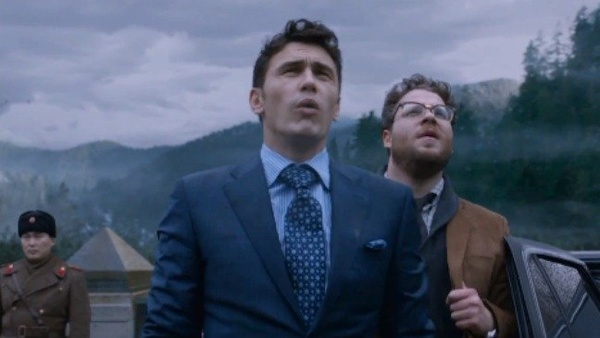 Sony Pictures has confirmed that the now infamous 'The Interview' will get its Christmas release date, after all.
CEO Michael Lynton added in a statement: "We have never given up on releasing The Interview and we're excited our movie will be in a number of theaters on Christmas Day. At the same time, we are continuing our efforts to secure more platforms and more theaters so that this movie reaches the largest possible audience."

Independent theater chains will show the films although it appears as of now that only about 200 screens will be playing the comedy.

Most notably, THR says that Sony will almost definitely release the movie on VOD simultaneously, meaning consumers will able to download and watch the film from home.

"I want to thank our talent on The Interview and our employees, who have worked tirelessly through the many challenges we have all faced over the last month," Lynton added. "While we hope this is only the first step of the film's release, we are proud to make it available to the public and to have stood up to those who attempted to suppress free speech."


The people have spoken! Freedom has prevailed! Sony didn't give up! The Interview will be shown at theaters willing to play it on Xmas day!


Tweet
Tags: Sony Pictures The Interview
<Apple products are back in Russia, but with significant price boost >Superstar Pharrell made just pennies for millions of streams on Pandora
Previous Next

This looks like a big publicity stunt. I think this will make them a lot more money than if it had not transpired.

roughly 100,000 people on kick*ss that either have it or are currently getting it. Direct links everywhere. I think this movie will have the record for most downloads, freedom has prevailed in a different way....