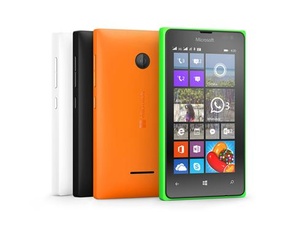 Microsoft has continued their trend of offering cheap Windows Phone smartphones for emerging markets and the EU by unveiling the Lumia 435 and Lumia 532.
The software giant is making a concentrated effort at "bringing devices to as many people and price points as possible," said Jo Harlow, corporate vice president for phones at Microsoft. "With the Lumia 435 and Lumia 532, we've realized our goal of creating the most affordable Lumia devices to date, opening up the opportunity to reach those people who are buying a smartphone for the very first time."

For its slightly higher price, the Lumia 532 offers a low-end quad-core processor and a 5MP camera.

ok so what you still have to have a data plan and you thought plans where expensive in the u.s in india a plan can run you 400.00 u.s a month so what if the phones cheap the service isn't