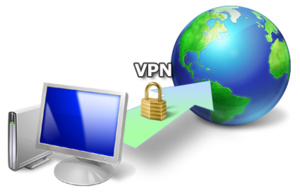 According to experts and major tech companies, China has begun blocking VPN services that allow users to browse more anonymously and to avoid censorship in the nation.
VPN provider Golden Frog noted on its site that many of its popular services have been hit by the new controls, and popular service Astrill says their VPN protocols giving Apple users access to Gmail, Facebook and more have been blocked.

"The Chinese government has attempted to curtail the use of VPNs that its citizens use to escape the Great Firewall for a couple years," wrote Golden Frog President Sunday Yokubaitis in a statement. "This week's attack on VPNs that affected us and other VPN providers is more sophisticated than what we've seen in the past."

'The Great Firewall' is a reference to the Chinese government's blocking of thousands of sites and services because they contain "sensitive data" that the government does not want citizens to see. Many foreigners and many businesses in China use VPNs to access Google tools or other blocked data. The new move is particularly painful for smaller businesses that need such access.

Yea good luck with that

And the USSA is quickly following, and we're both locking ourselves out of the new internet that is being built with us as restricted single entrance point stub networks.